Kristal Solar Park: the largest solar park in the Benelux

EQUANS invests in the production of renewable energy for businesses and installed a solar megapark in Lommel.

Today, the supply of solar energy is an integral part of the energy mix. It enables manufacturers to reduce their CO2 emissions, while at the same time improving their energy efficiency. This is especially true when the industries’ activities are particularly energy-intensive. Which is the case for zinc specialist Nyrstar Belgium, one of Belgium’s largest energy consumers, whose foundry is located in Lommel.

As a pioneer in the photovoltaic market, EQUANS is very well placed to successfully complete an installation such as the Kristal Solar Park, as well as its direct connection to Nyrstar industrial grid. Our long experience in the field has also earned us a place among the 30 candidates from all over Europe who took part in the international call for tenders. 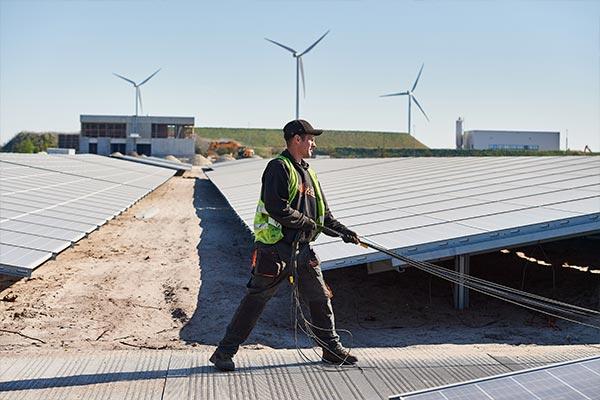 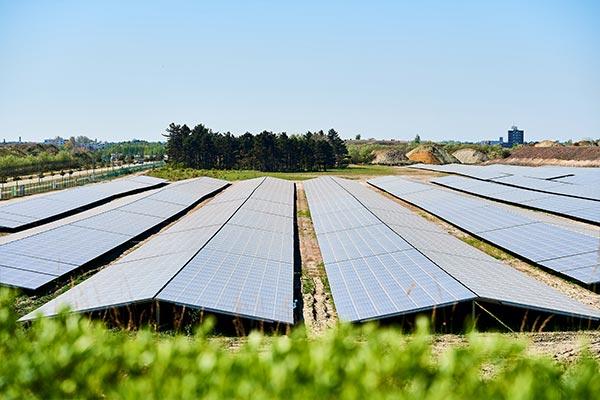 Works began in October 2018. With an estimated production capacity of 99 MWp, the Kristal Solar Park was built in the Kristalpark III industrial zone, hence its name. The park was inaugurated on schedule, on 13 June 2019. Figures are impressive: in less than 9 months, our teams have installed no less than 303,000 solar panels and 2,200 kilometres of cable, over a total area as large as 200 football pitches!

A large-scale project that provides green power to nearby Nyrstar. The zinc specialist is in fact the only company directly connected to the Kristal Solar Park. Gradually, as more companies move into the business park, they will also be able to request a connection to the photovoltaic panel field. Eventually, the Kristal Solar Park will prevent the emission of more than 30,000 tonnes of CO2 per year into the atmosphere. To ensure the installation is operating properly, EQUANS will be responsible for maintenance for 15 years. 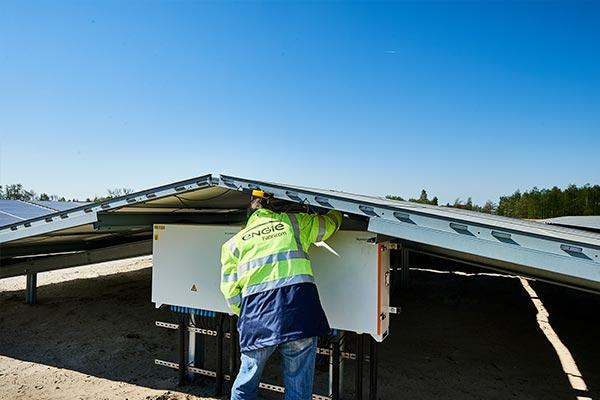 All our news
News

Equans contributes to the new ‘The Wings’ building complex