EQUANS is taking part in the construction of the Haren prison and will continue to manage the facilities’ technical aspects through a DBM contract.

116,000 m² in surface area on a 15-hectare site: this large-scale project was entrusted by the Régie des Bâtiments (‘Building Authority’) to the Cafasso business consortium, which employs EQUANS as a subcontractor.  Our teams will be responsible for all the facilities’ technical aspects and maintenance over the next 25 years.

For the construction of this innovative prison complex, EQUANS drew on its experience in the prison sector. This project is unique as its entire development is via a BIM (Building Information Modelling) procedure which enables us to design and visualise the whole construction project via a smart 3D model. The goal? To enable all stakeholders to anticipate, plan ahead and monitor the project’s whole life cycle closely. 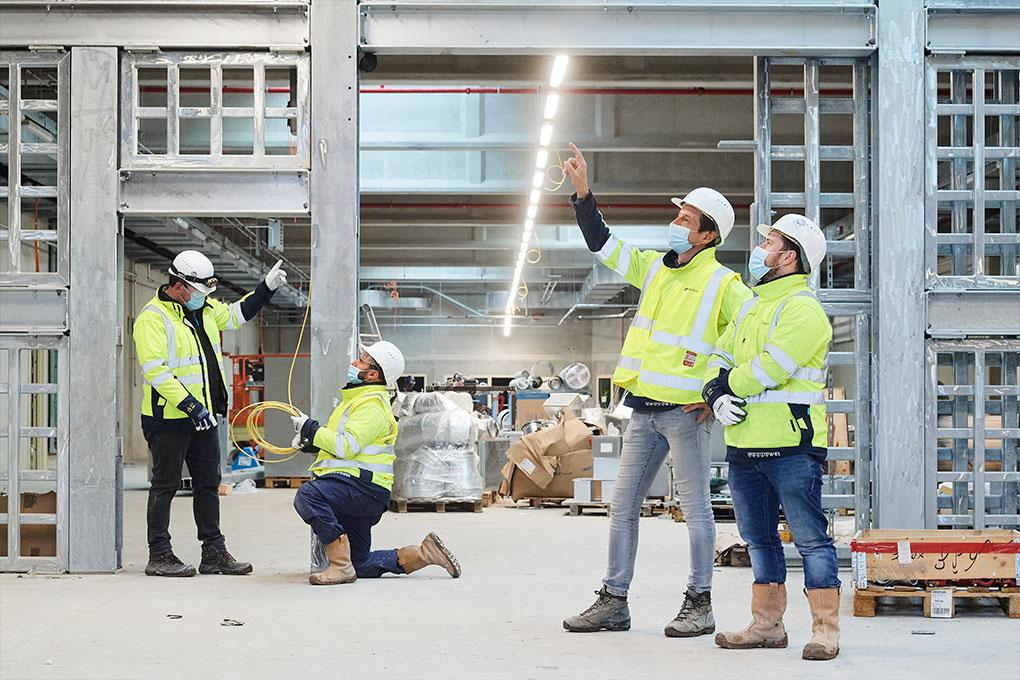 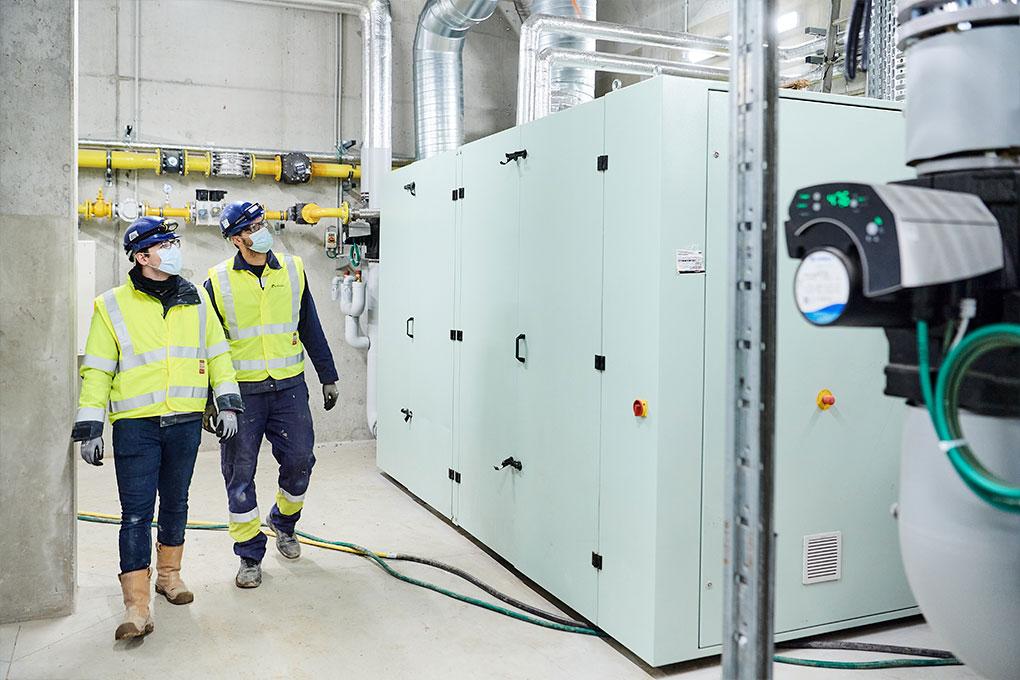 Another feature of this ambitious project is the DBM (Design, Build & Maintain) approach to the works. This means that the partners working on the project are responsible for the prison’s design construction and maintenance. Through the resulting collaboration, this approach enables each stakeholder to contribute their expertise and know-how to achieve an integrated design together. As contractors, we have also sought to offer a quality integrated solution that maximises the premises’ energy performance. This involves a cogeneration and heat pump system using a geothermal storage field to store energy in the ground or extract it, as well as the installation of LED lighting and solar panels.

The construction side is the fruit of close collaboration between several of our departments. We take care of the electrical installations (HV, LED lighting, solar panels, back-up generators, etc.) as well as security, DATA, sanitation and HVAC (ventilation unit, cogeneration, heat pumps, etc.).

In terms of maintenance, EQUANS will oversee the technical management of the facilities for 25 years. This provides a firm guarantee on performance and comfort. 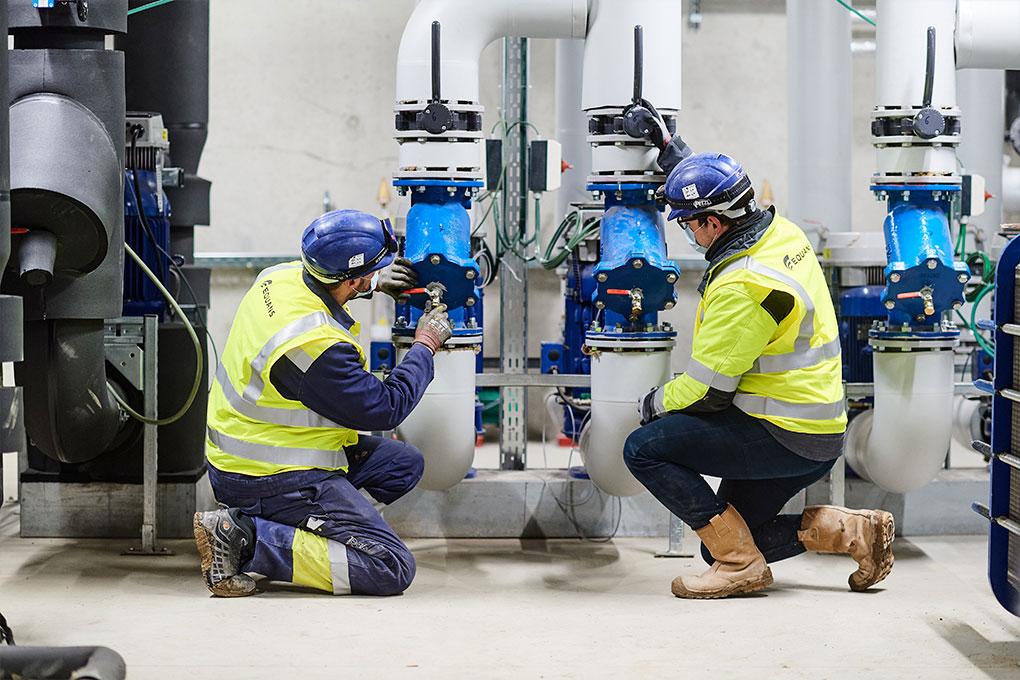 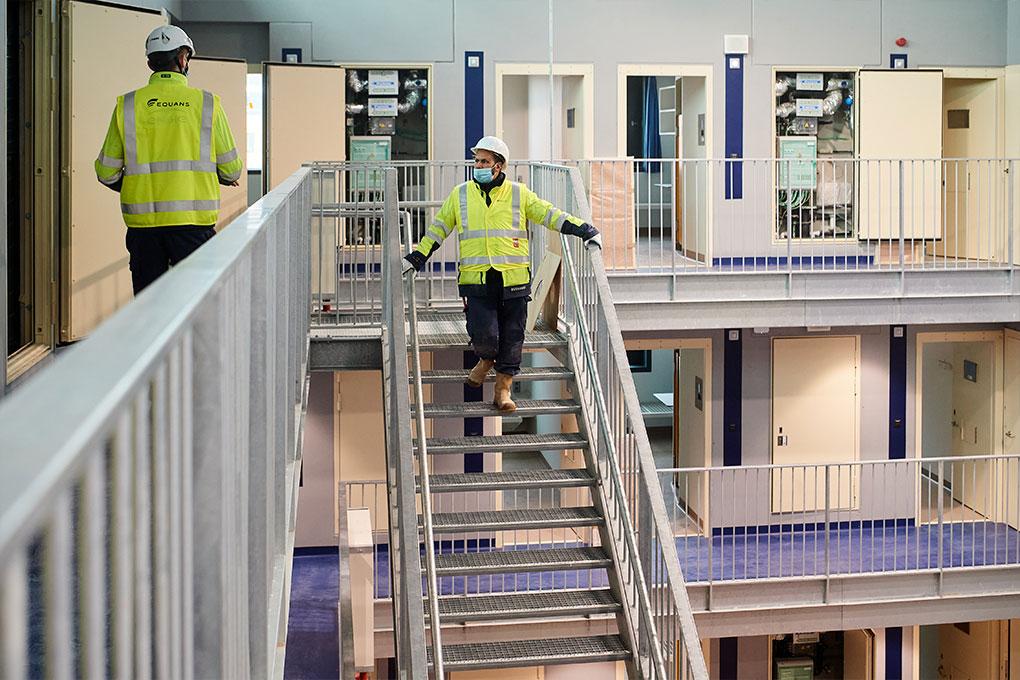 Resolutely forward thinking, the Haren prison will resemble more of a penitential village than a traditional prison. In this project, there are no long, symmetrical and cold corridors, but instead, infrastructure aiming to facilitate social interaction and reintegration. This modern concept has won several awards (at the Partnership Awards and the World Architecture Festival). The cells will be spread across around ten separate buildings, scattered over a 15-hectare site. Eventually, Haren prison will be able to hold up to 1,190 inmates. It is expected to open in 2022 and will gradually replace the prisons in Saint-Gilles, Forest and Berkendael.

Want to know more about our sustainable buildings for the public sector?

All our news
News

Equans contributes to the new ‘The Wings’ building complex